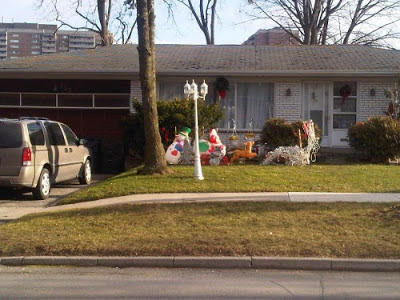 On Christmas Day of 2011, Ford's mother-in-law "called police between 4 and 5 a.m. to report that the mayor had been drinking and was taking his children to Florida against the wishes of his wife, Renata."

According to his mother-in-law Rob Ford was having a temper tantrum and was basically planning to kidnap the children and take them to Florida with him.

The Toronto Star reported, "According to numerous police and emergency service sources, 911 calls to the mayor’s Edenbridge Drive home are a reality for the South Etobicoke division. Exactly how many calls have been made is unknown."

Want to learn more about Rob Ford and his neighbourhood? For fun read:

A Beautiful Day in Rob Ford's Neighbourhood
No comments: