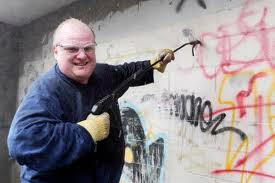 A new Toronto Rocket subway train was temporarily out of commission Tuesday after a graffiti-loving vandal spray painted “Fuck Rob Ford” in the interior.

The train — one of two new Toronto Rocket subway trains — was taken out of service briefly while TTC staff removed the graffiti. 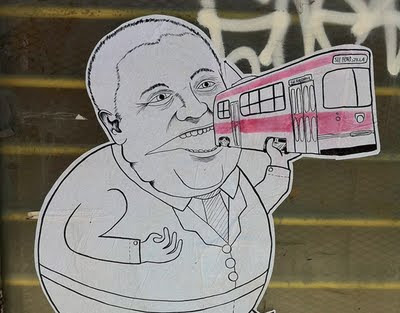 “We don’t know if there are any witnesses,” said Ross, noting that images from the camera have been retrieved as part of an ongoing investigation.

Since his campaign, Mayor Rob Ford has pledged to completely eliminate graffiti around the city, including legitimate artwork and murals. Graffiti artists have shot back with various works including stencils depicting a caricature of Ford devouring a TTC vehicle or a bicycle. 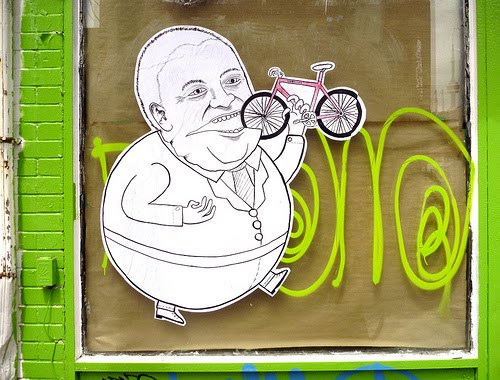