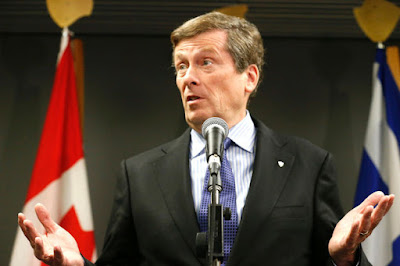 Before becoming mayor he ran before in 2003 and came in 2nd place. During the 2003 election John Tory attempted to bribe John Nunziata to pull out of the race, and the resulting scandal handed the mayoral office to David Miller instead, who became mayor of Toronto from 2003 to 2010.

After that scandal, John Tory left Toronto politics and instead became leader of the Ontario Progressive Conservative Party. However in 2007 John Tory made a big whoops when he proposed extending public funding to religious schools that teach isolationist creationism, Christian studies, Islamic studies, Jewish studies, Mormon studies and a host of other religious schools. John Tory made clear during the election that he believes the world is only about 6000 years old and that he supports creationism, the idea that the sun revolves around the earth, and that god created the heavens, earth, animals and mankind in six days.

So yeah, that didn't go so well. Right-Wing Christians didn't like the idea that the funding would also go to Islamic, Jewish and Mormon schools. Secular people didn't like the idea of public money being spent on religion. Muslims, Jews and Mormons welcomed the idea, for the most part, but the resulting media controversy ended up hurting John Tory's campaign and he lost to the Ontario Liberal Party.

John Tory then left provincial politics and focused on his radio show before eventually returning to Toronto to seek the mayoral office one more time.

But here is the thing.

John Tory is a religious nut / carpetbagger, and he is incompetent.

Carpetbagger, in case you are wondering, is a term dating back to the American Civil War and refers to unscrupulous opportunists who tried to make money after the war was over during the rebuilding process.

That is what John Tory is. In the wake of Rob Ford's horrific tenure as mayor, John Tory saw an opportunity to make money (and feed his ego), by swooping in and becoming mayor.

So far much of Toronto has been grateful to John Tory for rescuing us from the horrors of Rob Ford, but at what price? A religious whackjob who can barely do math, doesn't know that Toronto sometimes has blizzards in April (and apparently doesn't know when to send snow plows out), and is basically just here to make himself and his cronies money.

Below is a photo of the blizzard from April 3rd 2016. Driving winds and an abundance of snow resulted in cars sliding into ditches and car accidents all over the GTA, but where were the snow plows? I didn't witness a single snow plow until after 11 PM, which means there was hours worth of traffic accidents because John Tory was refusing to take the blizzard seriously. It is unclear how many people died on Sunday because there were no snow plows on the roads. 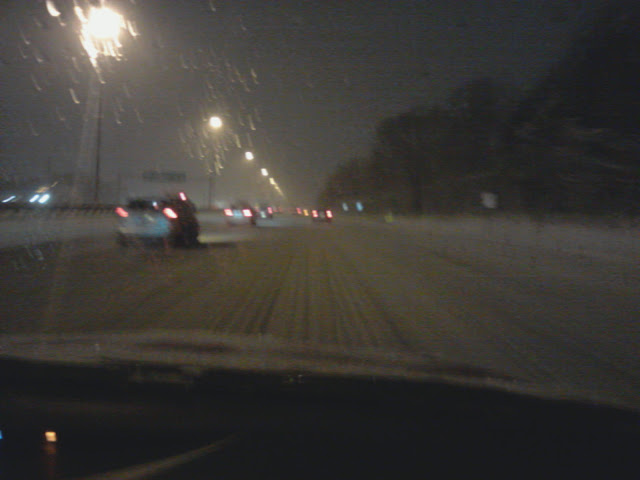 Meanwhile on the money and corruption front...

During his Rob Ford proposed a TTC spending frenzy that would have included a deal to give Rob Ford's relatives billions of dollars to build new subways, but would have gone over-budget and would have seen the Ford family line their pockets with tens of millions. It would have resulted in skyrocketing TTC fares - which we saw skyrocket during Rob Ford's mayoral tenure. 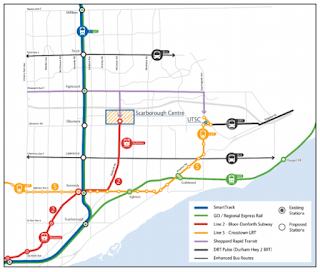 Which sounds great for Scarborough, but what about the rest of Toronto?

And how much will it cost?

Unclear where the money is coming from. Raising taxes in Scarborough or all of Toronto?

And who gets the money to build it? Some friend or family member of John Tory, just like Rob Ford had planned to do?

We need to be keeping track of where this money is going and whose pockets are getting lined.
No comments: