Below in photos you see wife beater Rob Ford fawning over Mike Tyson - a convicted rapist, and a known wife beater from his first marriage. There is also unproven allegations that Mike Tyson strangled his 4-year-old daughter in 2009 with a cord and made it look like an accident.

For Mike Tyson, chumming it up with corrupt politicians like former mayor Rob Ford was a way to try and clean up his image and hopefully people will forget about his past rape conviction or that people suspect he murdered his four-year-old daughter - and then got married to his 3rd wife just 11 days after his daughter died. Some people suspect that his new wife murdered the daughter.

So yeah, two wife beaters chumming it up for the sake of their personal egos. 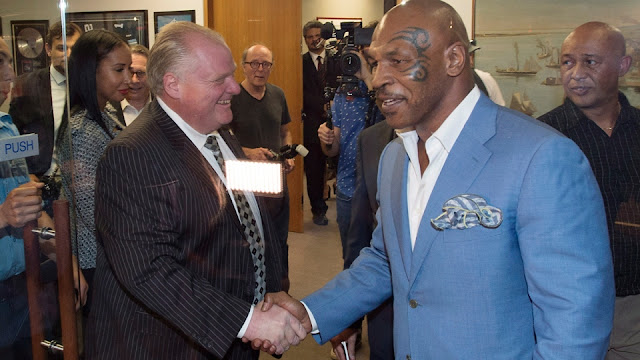 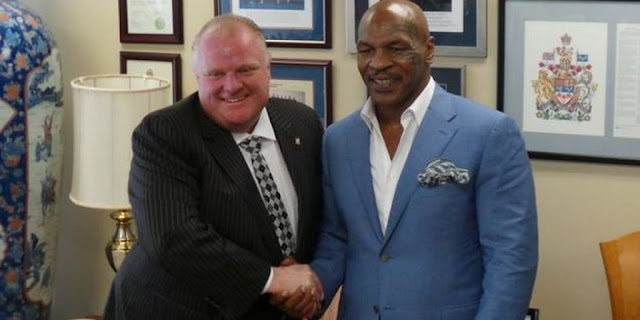 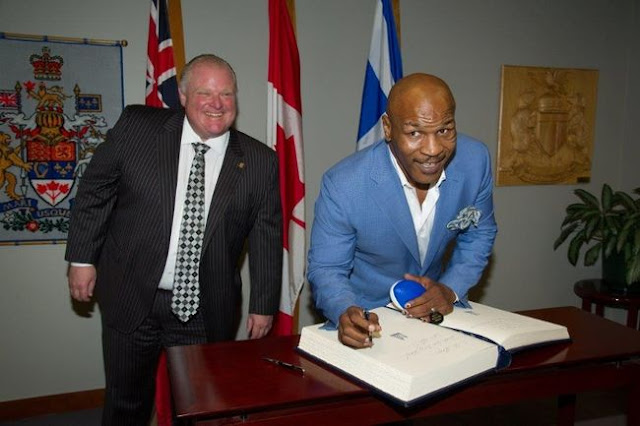 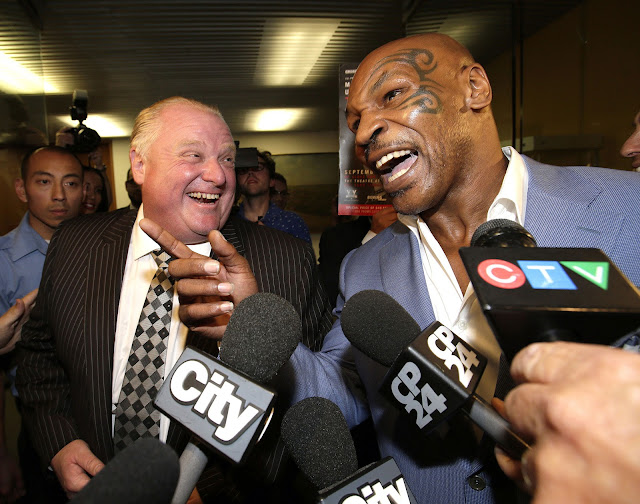 Meanwhile in other news, there are still suspicions that Rob Ford was somehow involved with the shooting death of Anthony Smith, one of people involved in creating the infamous crack video. 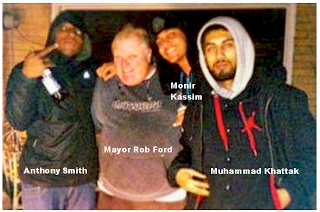 Anthony Smith, on the left, was killed on March 28th, 2013. He was gunned down by an unknown assailant, possibly a hitman sent by the Ford family. Rob Ford claimed "I had nothing to do with it." when the Toronto Sun’s Joe Warmington asked about whether he was involved somehow with the shooting.

Muhammad Khattak was also injured during the same incident, suggesting that someone was trying to kill both of them.

Several charges were laid against various people after the shooting, but some were dropped and it is unclear whether police ever caught the true assailant.

Muhammad Khattak claims he was never involved in the making or selling of the Rob Ford crack video and is still alive.

Most of the people believed to be involved with the creation of the Rob Ford crack video / the murder of Anthony Smith are all either dead, in prison, or awaiting trial.

With the exception of Rob Ford himself. He is still alive and free to brag about it.

Mike Tyson claims he is now dying of alcoholism. Another thing him and Rob Ford have in common, addiction to alcohol and "drunken stupors".