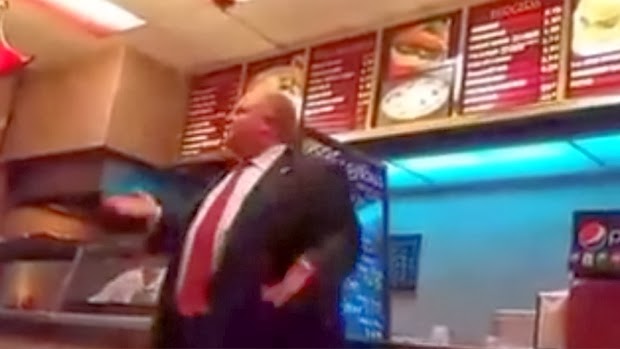 Another video of Toronto's crack smoking mayor Rob Ford has surfaced, this time showing a drunk (and probably high) Rob Ford talking to some men in a fast food restaurant (Steak Queen) while speaking in a fake Jamaican accent.

The photo from the right and further below are from the new Rob Ford drunk video, which shows the Toronto mayor ranting about conducting "counter-surveillance" against the Toronto police.

The new Rob Ford drunk video has reignited calls for Rob Ford to resign as mayor and seek rehab for his drug and alcohol addiction. Such calls are nothing new and no doubt Rob Ford will continue to pursue re-election as mayor - not because he wants to accomplish anything, but because he is an egotistic buffoon who loves being the center of attention.

I cannot wait to see when he makes a drunk video containing lots of homophobic remarks. That will really bury him in controversy.

We must warn you, much of the language used by Rob Ford is considered offensive as he makes several racial comments. The video below is uncensored. 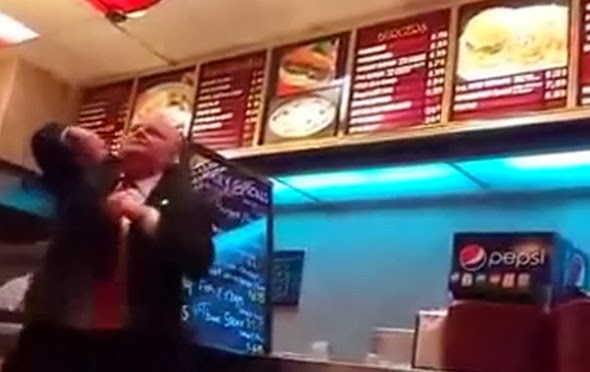 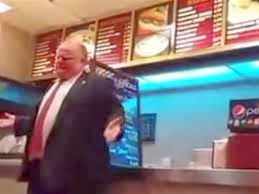