The following audio recording was made while Rob Ford was drunk (and possibly high) at a Toronto bar.


The audio contains a lot of derogatory comments about his political opponents - and even his one time allies. No doubt this audio will burn a few bridges. The video shows that Ford is the type of politician who burns bridges instead of building them.

Toronto needs a mayor who builds things. Not someone who smokes up and burns everything, including his own reputation. 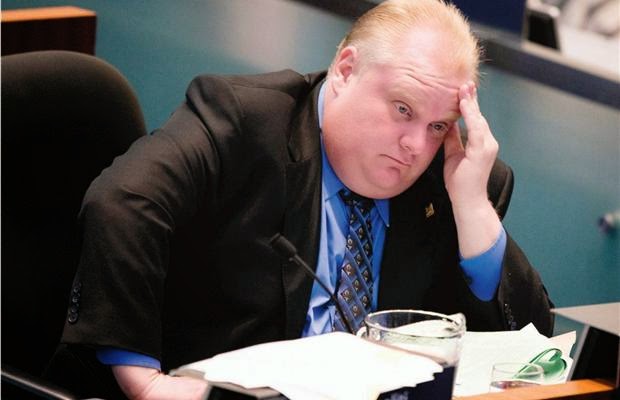 Below is an uncensored transcript of an audio tape of Rob Ford speaking at a bar. Parts of the tape are inaudible and the other speaker has not been identified.

Other speaker: “How about Karen Stintz?”

Other speaker: “When is the last time you smoked a joint?”

“. . . If you don’t get a shot in two seconds I’ll knock your fucking teeth out.

Other speaker: “Everyone is allowed their downtime.”

Other speaker: “You’re splitting the vote.”